Hepatitis C virus infection and its relation to certain sexual practices in men-who-have-sex-with-men in Spain: results from the European MSM internet survey (EMIS) (2015).

Objectives: To compare sexual practices and risk behaviours between MSM who were first diagnosed with hepatitis C (HCV) in the previous 12 months and those who were never diagnosed; and, to identify
factors associated with a diagnosis of HCV.

Methods: The European-MSM-Internet-Survey (EMIS) was implemented for 3 months during 2010, mainly on websites for MSM. Data on socio-demographic characteristics, sexual behaviour, drug use,
STI history, and other sexual health variables were collected. The Chi-square test and logistic regression analysis were used to analyse the data.

Who are the men who have sex with men in Spain that have never been tested for HIV? (2013)

Trust and Sexual Interaction: The Significance of the Internet on the Sex life and Sexual Risk Behaviors of Gay and Bisexual Men in Spain (2011)

This study provides an understanding of the significance of the use of the Internet to find sexual partners, its impact on sexual life, and how it is linked to unprotected sex among gay and bisexual men. A grounded approach was used to analyze interviews with 31 men (aged 19 to 46 years) from Madrid, Barcelona, and Bilbao/San Sebastián, Spain. The results reveal that the Internet is impacting the form and style of life of many men, and particularly their experience of sexuality. Many men regard their sexual experiences with casual partners met through the Internet as unsatisfactory or frustrating. The men provided several reasons behind the search for sexual partners via the Internet: Some interviewees sought to channel needs other than the sexual (company, affection, stable partner). Trust and assumptions built into the virtual interaction become a key to understanding why some men have unprotected sex with partners met on the Internet.

Silence and Assumptions: Narratives on the Disclosure of HIV Status to Casual Sexual Partners and Serosorting in a Group of Gay Men in Barcelona (2011)

Disclosing HIV status and seeking sexual partners with the same serostatus (serosorting) are strategies used by some gay and bisexual men to have unprotected anal intercourse (UAI). This study aims to gain an understanding of the occurrence of disclosure and serosorting with casual sexual partners. A grounded approach was used to analyze 22 interviews with gay men from Barcelona. The results reveal that disclosure of serostatus or the seeking of sexual partners of the same HIV status are not behaviors in the repertoire of most HIV-negative men and were not even taken into account when they engaged in UAI with casual sexual partners. The opposite was observed in HIV-positive respondents who did consider the possibility of revealing their serostatus. Some relied on intuition or subjective elements to evaluate the HIV status of their occasional partners.

HIV bio-behavioural survey among men who have sex with men in Barcelona, Bratislava, Bucharest, Ljubljana, Praga and Verona, 2008-2009 (2009).

Data from 23 European countries show that the annual number of HIV diagnoses in men who have sex with men (MSM) increased by 86% between 2000 and 2006. This paper reports the main preliminary results of a bio-behavioural survey in MSM with a specific focus on HIV prevalence and use of United Nations General Assembly Special Session (UNGASS) indicators in six cities in Southern and Eastern Europe. Time-location sampling (TLS) was used. A total number of 2,356 questionnaires and 2,241 oral fluid samples were collected (invalid samples 4.1%). The data show different socio-demographic patterns across countries regarding age, level of education, living conditions, living area and self-identity. Southern European cities had the highest percentage of people who had tested for HIV and collected the result. More than 50% of respondents in the sample from Barcelona reported having used a condom last time they had anal sex (57.2%), whilst in all other cities this proportion was below 50%. The cities with the highest HIV prevalence in MSM were Barcelona (17.0%) and Verona (11.8%) whilst lower percentages were reported in Bratislava (6.1%), Bucharest (4.6%), Ljubljana (5.1%) and Prague (2.6%). The low prevalence in Eastern European cities is encouraging. However, with the level of high-risk sexual behaviour documented and the lower frequency of HIV test seeking behaviour, there is a clear risk of an increase in HIV transmission.

Sexual risk behaviour and its determinants among men who have sex with men in Catalonia, Spain (2009).

Logistic regression models were used to examine the variables associated with UAI. Mean age was 41 years and 20.4% were immigrants. Among those with casual partners (91.7% of all respondents), 31.4% had UAI. The multivariate analysis revealed that the likelihood of UAI was higher in men who were HIV-positive (OR: 1.77), used more than four drugs before sex (OR: 4.90 for +6), were not from Spain (OR: 2.10 for Latin American; OR: 1.86 for other immigrants), had more than 20 sexual partners (OR: 1.56), met casual sex partners on the Internet (OR:1.45) and presented a high level of internalised homophobia (OR: 2.40).

HIV/STI prevention programmes for MSM in Catalonia should incorporate activities that strengthen self-esteem, take into account the impact of internalised homophobia, and adapt to the sociocultural reality of immigrants. Furthermore, these programmes should also address substance abuse and alert HIV-positive men about the risk of HIV re-infection and transmission of other STI.

Correlates of intensive alcohol and drug use in men who have sex with men in Catalonia, Spain (2009).

Factors associated with unprotected sexual intercourse with steady male, casual male, and female partners among men who have sex with men in Barcelona, Spain (2006).

To increase understanding of the HIV epidemic among MSM in Barcelona, anonymous questionnaires were completed by 640 MSM recruited in the city in 2002.

In multivariate analyses, UAI with casual partners was more likely among HIV-positive individuals; those who used drugs before sex; perceived less acceptance of their sexual orientation by family, friends, or coworkers; and were less concerned about HIV prevention because of antiretroviral therapy (ART). UAI with steady partners was more likely among HIV-negative men with seroconcordant partners, those living with a partner, and men less concerned about HIV prevention because of ART. Findings indicate a need for prevention programs targeting HIV-positive MSM in Barcelona. Attention to substance use and attitudes about HIV prevention are needed for MSM in general.

This website uses cookies to improve your experience while you navigate through the website. Out of these, the cookies that are categorized as necessary are stored on your browser as they are essential for the working of basic functionalities of the website. We also use third-party cookies that help us analyze and understand how you use this website. These cookies will be stored in your browser only with your consent. You also have the option to opt-out of these cookies. But opting out of some of these cookies may affect your browsing experience.
Necessary Siempre activado
Necessary cookies are absolutely essential for the website to function properly. This category only includes cookies that ensures basic functionalities and security features of the website. These cookies do not store any personal information.
Non-necessary
Any cookies that may not be particularly necessary for the website to function and is used specifically to collect user personal data via analytics, ads, other embedded contents are termed as non-necessary cookies. It is mandatory to procure user consent prior to running these cookies on your website.
GUARDAR Y ACEPTAR 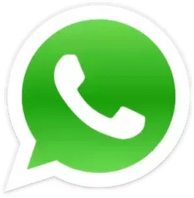